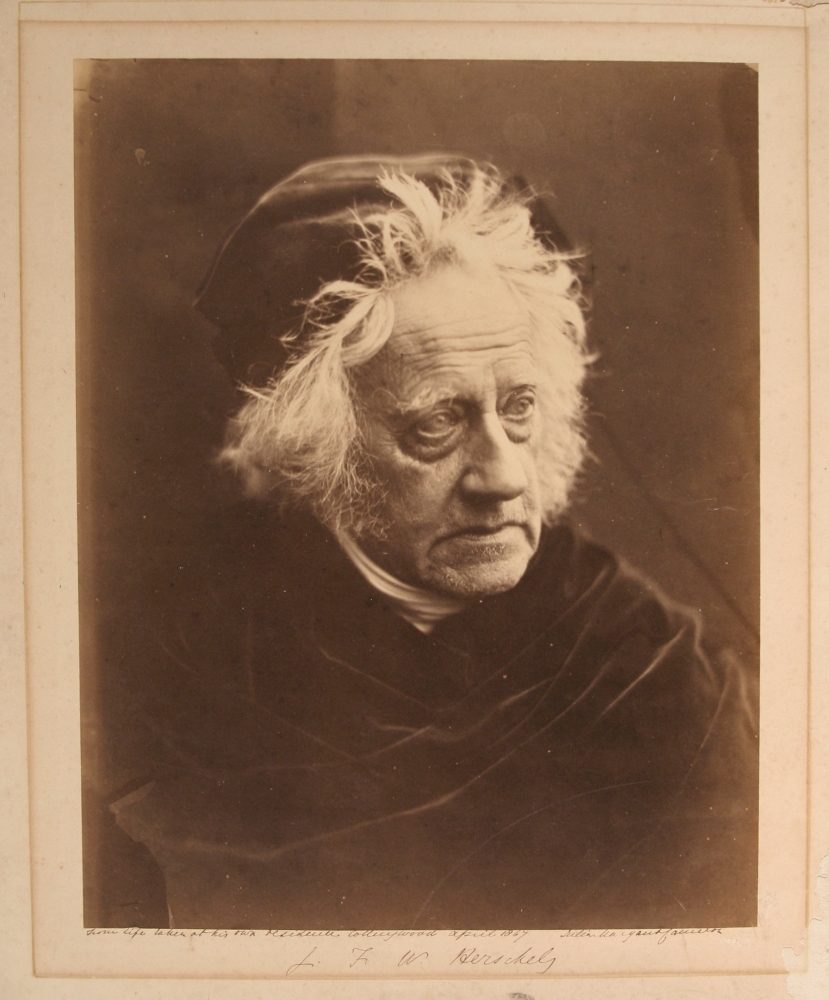 Sir John Herschel (1792-1870). Was one of the most important figures in early photography.  He was an excellent draughtsman, especially with the camera lucida, the very instrument that frustrated William Henry Fox Talbot into inventing photography. Herschel returned to Britain from South Africa just months before Talbot revealed his new art to the public in January 1839. When he visited Herschel a week later, Sir John had independently invented his own photographic process. He had no need for photography to make an image, preferring the analytical process of drawing. His main interest was in what the effect of light on materials revealed about their nature.  He first applied hypo as a fixer and coined the words “photography”, “negative and positive”, and “snapshot” to precisely describe aspects of the emerging art. Although he never seriously took photographs himself, he inspired many others to do so, most notably Julia Margaret Cameron. Her portraits of Sir John late in his life remain as our image of this man.